While in seminary we lived at the Capital Yacht Club in D.C. aboard our boat.  Arriving home after class one gray, drizzly day, dock-mate Rhoda ran up to me, sobbing uncontrollably.  “S,s,s,Sam ran out of his 9 lives. We want to b, b, bury him at sea.  Would you do a f, f, funeral service?”  Gosh, my first funeral, I couldn’t say no.  Donning clerical garb, grabbing my prayer book, I boarded Tom’s john boat.  Rhoda and Sam were aboard.  At the end of the Washington Channel, Tom shut down the engine as all eyes scanned the water for marine police.  Apparently it is illegal to bury any dead body in the channel. 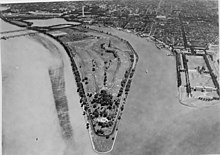 In my most reverent voice, I started.  “Grant that your servant will be resurrected with…” Oops, I don’t think cats are resurrected.  And, I know cats aren’t servants. I continued, “We remember this day our brother….” Oops.  Sam is not human.  Dodging further human references, I commended Sam’s soul to God, committed his body to the deep, and prayed for the grieving Rhoda.  Sam was in a large, square box.  I nodded to Tom to throw Sam overboard.  Rhoda stood ready to toss rose petals on Sam. Splash. Oh. My. God. The box was floating. 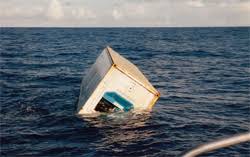 Hauling in the bobbing Styrofoam box, we opened it, and wrapped in a plastic bag, tied to two cinder blocks, lay Sam’s cold rigid body.  Rhoda became hysterical. I knew the police would arrive and arrest us.  Tom stood stone mute. Nobody moved. A torrential rain drenched us.  I said, “Forget the damn box. Just throw Sam and the cinder blocks overboard.”  Tom did.  Rhoda emptied her bag of rose petals. Sam sank and went home, over the rainbow bridge.  We motored home sucking up the rain. WOW. My first funeral – priceless.